No items found.
Go To Packages
Product is not available in this quantity.
Contact us
en
  all sip trunk providers

Sipgate was founded in 2004 and became one of Germany's largest VoIP service providers for consumers and small businesses. Through its network, which used SIP protocol, it allowed making low-cost national and international calls and provided customers with an incoming geographical phone number. Customers were expected to use a client software or a SIP-compliant hardware (a VoIP phone or ATA) to access its services. Since 2011, Sipgate's network has been using the open-source project Yate for the core of its softswitch infrastructure. Sipgate are among the sponsors of the Kamailio World Conference & Exhibition. In January 2013, the firm entered the German mobile phone market as a full MVNO.[4] Sipgate's German mobile phone services run over the E-Plus network.

Introduced in 2009, the product is a hosted business phone system (PBX) providing online management of phone services for 1 to 250 Users. All billing, end user management, call management, etc. is through an online portal. A mobile solution was released in Germany in early 2013 that can be integrated with the 'Team' business VoIP service. SIM cards can be used as extensions in the Team web telephone system or used individually with mobile and landline numbers.

The basic residential VoIP service was released in Germany and the UK in January, 2004.basic accounts receive one free UK or German geographic 'landline' phone number and a voicemail box. With a suitable fax-enabled VoIP adapter faxes may also be sent from conventional fax machines.

On 6 October 2014, the firm released an open API sipgate io.

Stay tuned about our latest news

Sign up and stay up to date with all the latest news, announcements and webinars from Vodia team.

Thank you! You are now subscribed!
Oops! Something went wrong.

Skyetel is an independent telecom carrier with customers in all 50 states and all Canadian provinces. Skyetel was founded in 2014 in Vancouver, WA, and has had 100 percent uptime for seven consecutive years. The company's multi-tenant sip trunking platform is configured for resellers to easily connect with Vodia to provision and manage their DID inventory – resellers can take advantage of relationship pricing without any contracts, commitments or upfront fees. The Skyetel SIP trunk can be easily configured with the Vodia PBX trunk template – find out how with this step-by-step guide. 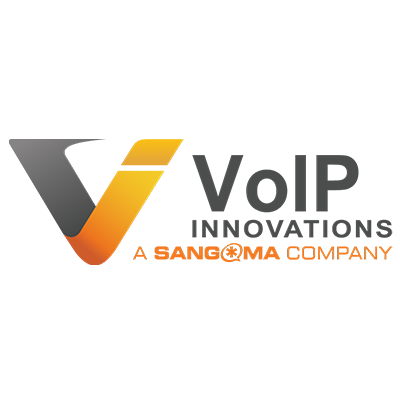 Established in 2007, VoIP Innovations rocked the telecom industry by providing unparalleled access to Tier I carriers at affordable prices and reasonable commitments that had never been seen before. Our company was built on the idea of empowerment and the removal of the arbitrary limits that had held small to mid-range telecom businesses down for far too long. Our longstanding commitment to excellence, innovative products, and dedication to phenomenal customer service provides our clients with the support system they need to take their business to the next level.